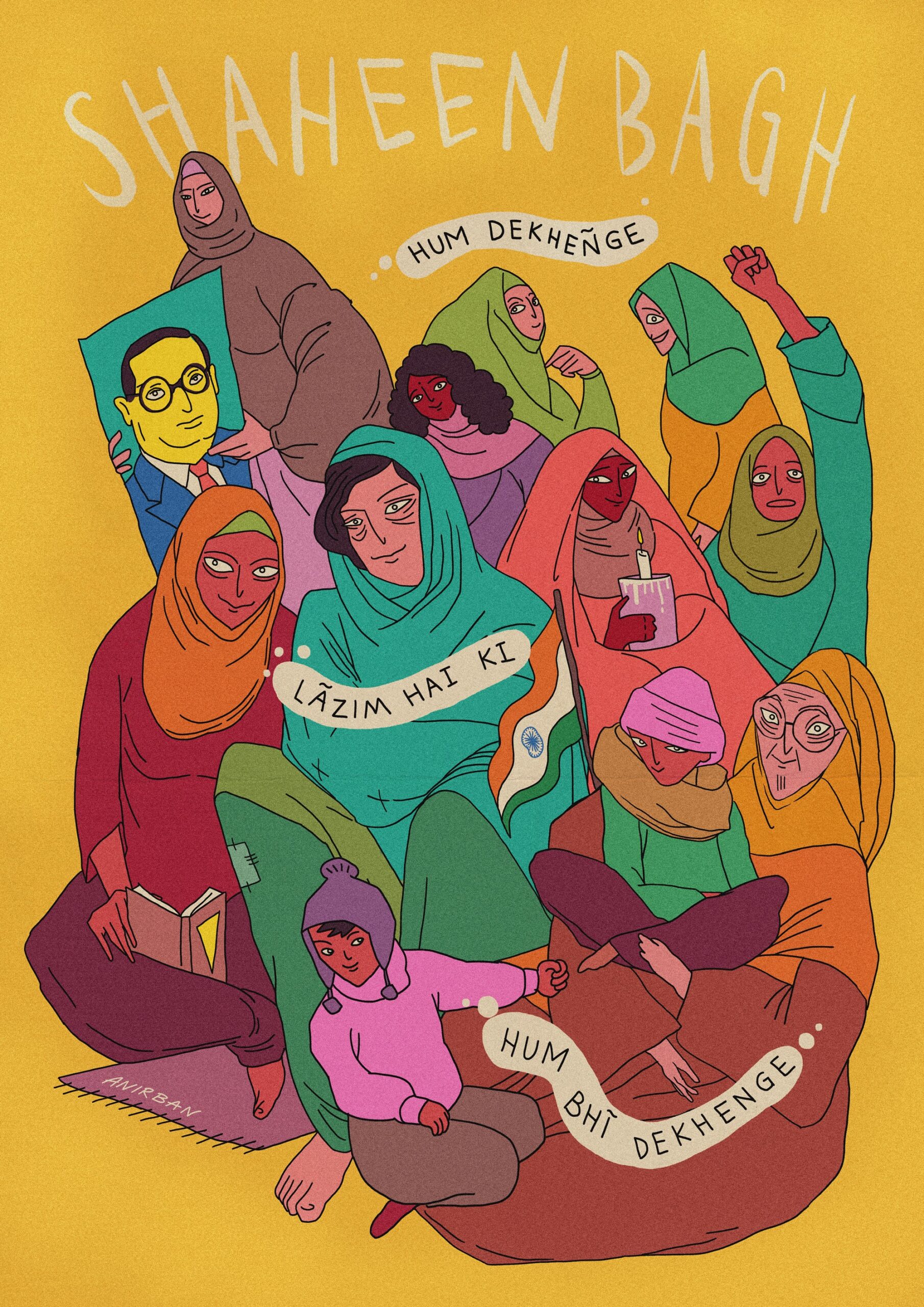 Clad in a black saree- black the color of protest and saree, an attire that had been banned in pakistan during this period- she was a figure of protest that night.  She sang a series of protest poetry by Faiz Ahmed Faiz which had been banned under the regime. The hall was filled up to the brim, people finding just enough space to land their two feet among the audience and raising the roof with their thunderous cheers.

She sang several but the loudest cheers were reserved for Hum Dekhenege. The concert came to an end but the audience let her leave and begged for an encore of Hum Dekhenge. A technician happened to record this encore and this is what remains today.

I have found myself going back to this story and even more to the song several times in these past two years. Translation doesn’t do it justice, neither does summarisation but I’ll include both here. The poem sings of the time when we shall see the end of tyranny and terror of abused power and the people together will get to rule themselves again. It is this reimagination that offers the hope that circumstances can be different, that they can be changed, that there is power in protest and dissent.

Coming of the age to me means the power to reimagine. To observe the structures that need to be rebuilt. To find out how it could be different. And then fight (not necessarily violently) if you must for this imagination to become reality.

Humes has offered me the tools and this Portfolio is my space to reimagine.